Forthcoming from Stanford University Press in 2016.

While European powers were constantly at war with the Ottoman Turkish empire throughout the eighteenth century, European opera houses were also repeatedly staging operas about Turks, featuring singing sultans and pashas surrounded by their musical courts and harems.  This book attempts to explore how the Muslim Ottoman empire—the great nemesis of Christian Europe—could serve at the same time as the subject of Europe’s musical entertainment in the opera houses of Venice, Vienna, Paris, Milan, across the Italian and German lands, and as far as Iberia, Scandinavia, and England.  The most famous such opera was Mozart's Abduction from the Seraglio, which was a typical “Turkish” work from a large, and now largely forgotten, repertory.  Celebrated composers from Handel and Vivaldi, to Gluck and Haydn, to Mozart and Rossini—along with many lesser known composers—addressed themselves to Turkish subjects.  What did the figure of the singing Turk mean to European audiences?

After Christian armies defeated the Ottomans at the siege of Vienna in 1683, the Turks no longer seemed as terrifying as they were before.  At the same time, the advent of the Enlightenment made it easier for Christians to identify and sympathize with Muslim characters singing about their emotions on the operatic stage.  Generally, Europeans understood that Turkish issues were also European issues, and the political absolutism of the sultan in Istanbul was relevant for thinking about politics in Europe—from the reign of Louis XIV to the age of Napoleon—while the mastery of a pasha over his harem was also relevant for thinking about the status of women in Europe.  While Christian European composers and publics recognized that Muslim Turks were, to some degree, different from themselves, this difference was seen as largely a matter of exotic costume.  In fact, singing Turks expressed strong human emotions that European audiences responded to, across the proscenium, as recognizably their own. 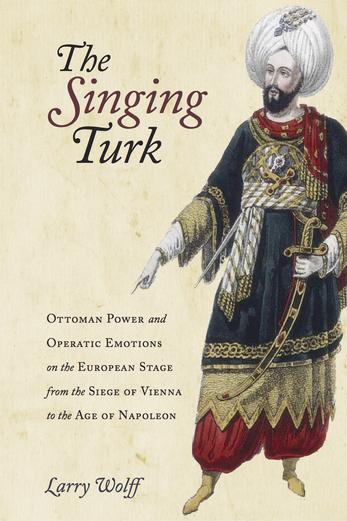